Ms. Montiel prides herself on being intimately familiar with each and every one of her cases and maintains close contact with her clients. Ms. Montiel’s attention to detail and thorough preparation has been instrumental in uncovering key facts forming the basis of several seven figure awards achieved by the firm. In addition, as Managing Partner, Ms. Montiel has an active role in maintaining the business operations of the office and case management. Ms. Montiel is a member of the New York State Bar Association, New York State Trial Lawyers Association and the Women’s Bar Association of the State of New York – Suffolk County Chapter. Ms.Montiel is proud to have provided pro-bono services to family members of the victims of the 9/11 tragedy through Trial Lawyers Care. She resides in Suffolk County with her husband and her two children. 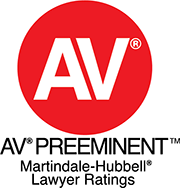